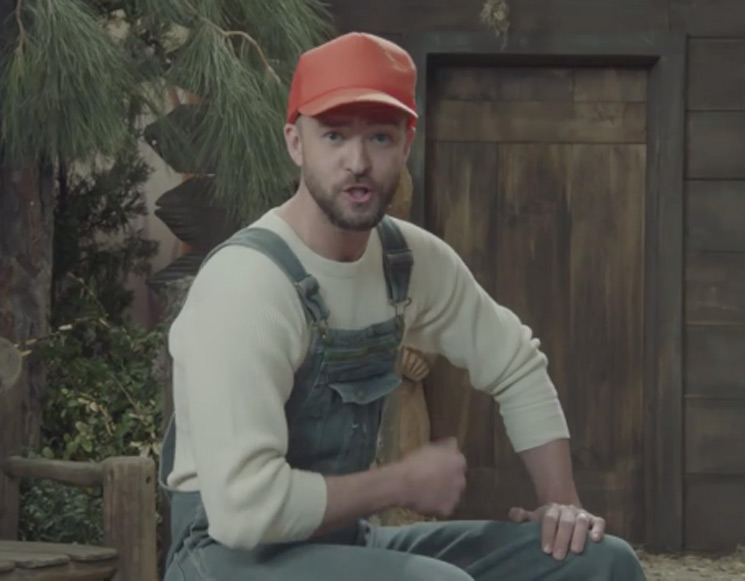 If you’ve been wanting Justin Timberlake to take his new album title more literally, your wish has just been granted. JT has shared the video for Man the Woods‘ title track, and it very much finds him doing his best impression a — well — man the woods.

Directed by Paul Hunter, the video for “Man the Woods” finds Timberlake in a variety backwoods situations, doing his best to look as rustic as possible (which, really, isn’t all too rustic). We also get a cameo by his wife Jessica Biel in a log cabin for a little dance session.

You can watch the video for “Man the Woods” for yourself below.

Man the Woods is out now through RCA, and you can stream the new album here. He had shared previos singles such as “Filthy,” “Supplies” and “Say Something.”

Timberlake will take the album on tour, and you can find a complete North American itinerary here. He’s also set to play the Super Bowl halftime show on Sunday (February 4)