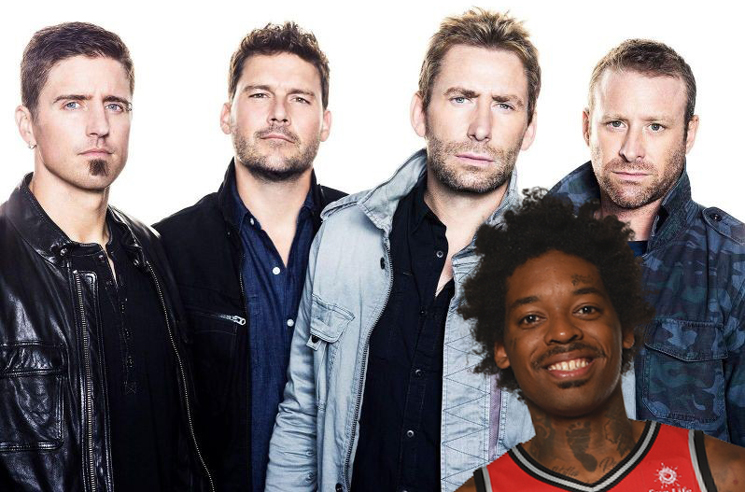 Chad Kroeger recently received some praise for his songwriting chops from none other than Billy Corgan, and now the Nickelback boys have found themselves another celebrity fan in Toronto Raptors centre Lucas Nogueira.

Speaking with CBS Sports, Nogueira took the time to detail his affinity for rock music despite how tight his team’s ties are to Drake these days.

Nogueira continued: “One the bands that I love so much and Canadians, people hate: Nickelback. I don’t understand why people — because Canadian people, when you’re famous, they support you so much. They love to support famous Canadians. And I don’t understand because I grew up thinking Chad Kroeger is amazing, I love him. And when I came to Canada, people are like, ‘You like Nickelback?’ And everybody starts laughing in my face.”

Nogueira also mentioned how he holds the Red Hot Chili Peppers, Oasis, Creed and Keane amongst his favourite bands currently. Growing up in Brazil, he was a fan Green Day, Blink-182, Simple Plan and Hoobastank. He also spoke his own experiences playing percussion and singing in a samba group named Connection, which broke up after a member moved back to Brazil.

“Everybody needs music, but some people take it more serious than other people,” Nogueira said. “I take it serious as fuck.”

You can learn more about Nogueira’s musical tastes with the full interview here. Recently, Nickelback lined up a Las Vegas residency that’s set to kick f next month.