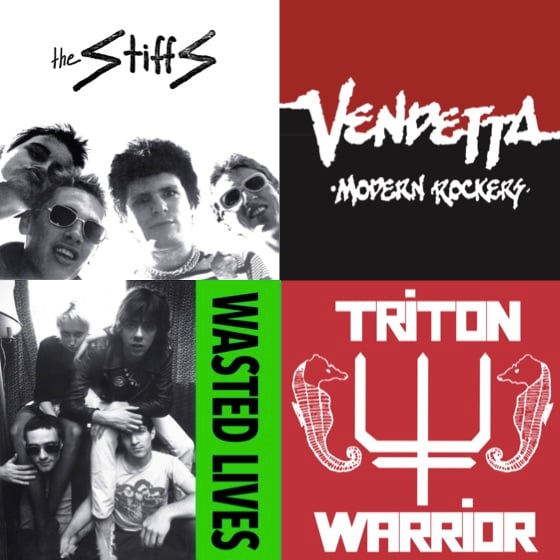 Vancouver Island label Supreme Echo has been doing a stellar job exhuming long-lost Canadian punk releases, most recently planning a collection tunes from Mission Christ, the obscure metal band formed by Black Mountain’s Stephen McBean as a teen. Up next, the label has four more platters cooking up.

The 2018 roster from Supreme Echo is full goodies for fans Canadian punk, as the label plans to release material from the Stiffs, Wasted Lives, Vendetta and Triton Warrior.

The Stiffs’ long-lost, self-titled debut was never pressed like it was supposed to be in 1978, with hits like “Fuck You” and “Oh Canaduh” becoming more famous when covered by other artists. Fortunately, that will be rectified with the arrival their long-awaited 7-inch some 40 years later.

Another long-lost release from 1978, Vendetta’s “Modern Rockers” and “I Wanna Be a Star” will be pressed to a flexi disc complete with a dye-cut paper dust sleeve and a replica the record’s original cover and booklet.

The 1979 self-titled EP from Vancouver’s new wave-leaning punk act Wasted Lives is also on the way. Their studio recordings have been remastered by Ron Obvious, and you can hear a sample it with a stream their hit “Wirehead” below.

Finally, Triton Warrior will have their 1972 release “Tatsi Sound Acetate” pressed to vinyl. The rare release will feature the original lineup, prior to vocalist Joel Cohen joining the group.

All releases are expected to land on April 1 or sooner. More information about each record is available here.