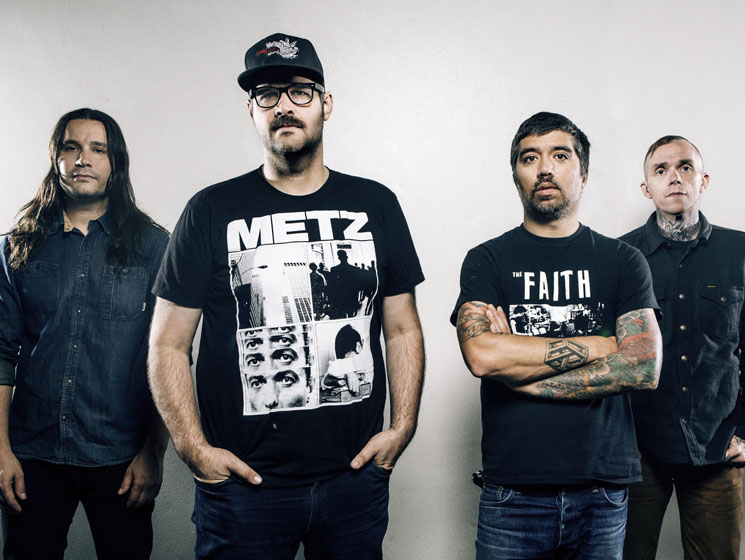 At this point, metalcore titans Converge are true icons. As such, it’s almost understandable that a fan would want to get a selfie with the band. But don’t do it while they’re playing, you damn idiots!

Unfortunately, some turd in Berkeley didn’t get the memo. When the band were performing at Cornerstone recently, he climbed up onstage to get a selfie with frontman Jacob Bannon.

That’s embarrassing enough, but to make matters worse, the band were forced to stop their song. And then, to add injury to insult, the dude tried to stage dive afterwards and no one caught him.

Watch the deeply embarrassing and shameful vid below.