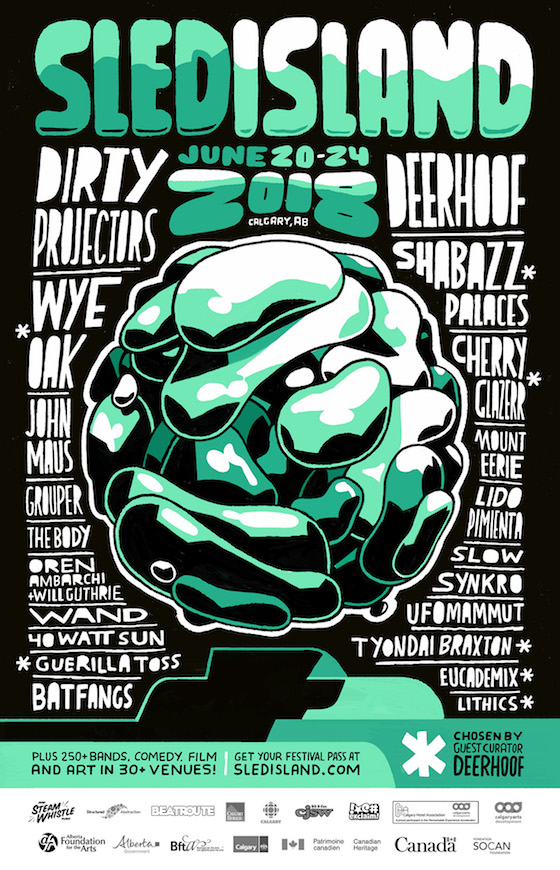 Festival season is fast approaching, and Calgary's Sled Island is the latest organization to bust out their initial lineup. Following news that the fest had tapped Deerho as guest curators, Sled Island has shared its initial lineup.

As for the artists hand-picked by Deerho, those include Wye Oak, Cherry Glazerr, Shabazz Palaces, Tyondai Braxton, Guerilla Toss, Eucademix and Lithics. Of course, Deerho will also perform a set themselves.

Stay tuned for plenty more, as Sled Island will still announce 230 other projects as well as their comedy, film and visual art lineups. The festival takes place from June 20 to 24 at various venues across Calgary.