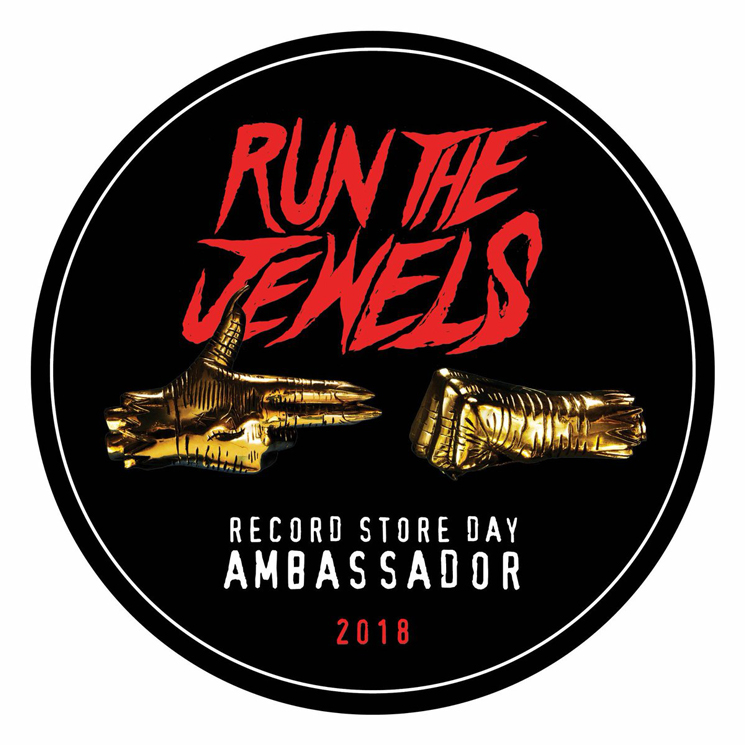 Run the Jewels have been known to dominate the past few years Record Store Day with releases their own. Now, the inimitable duo have been named Ambassadors for the event’s 2018 edition.

Organizers behind the event note that both Killer Mike and El-P have long histories with record stores, “having spent their youth hanging out and letting the culture soak in and become part the men and musicians they became.”

Reacting to his new title on Twitter, El-P demanded someone to “BRING ME MY SCEPTER AND CEREMONIAL ROBE…i was told i can park anywhere now.” RSD organizers noted that the duo’s forthcoming ficial video statement will feature a sneak peek at what they’ll release on the big day.

As previously reported, Record Store Day will be represented in the Great White North by the Sheepdogs, who we’re recently named “Record Store Day’s Champions Canada.”