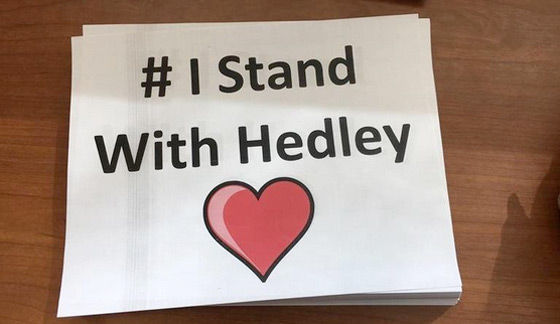 A petition has been launched to lift a radio ban on Hedley.

The petition reads in part:

Let this petition speak for all fans in support Hedley.

We as fans are pleading with you to reverse your decision. The claims made on social media sites like Twitter, Facebook and Instagram have yet to be proved and are unsubstantiated. The individuals making these claims have not gone to the police or have given any pro whatsoever. These allegations are just that, allegations with no substance and or police involvement.

You can learn more about the petition here.

You can read Hedley’s most recent statement regarding the allegations over here.

Hedley have repeatedly declined Exclaim!’s requests for comment regarding these allegations.

As press time, no charges have been laid against Hedley and no allegations have been proven in court.