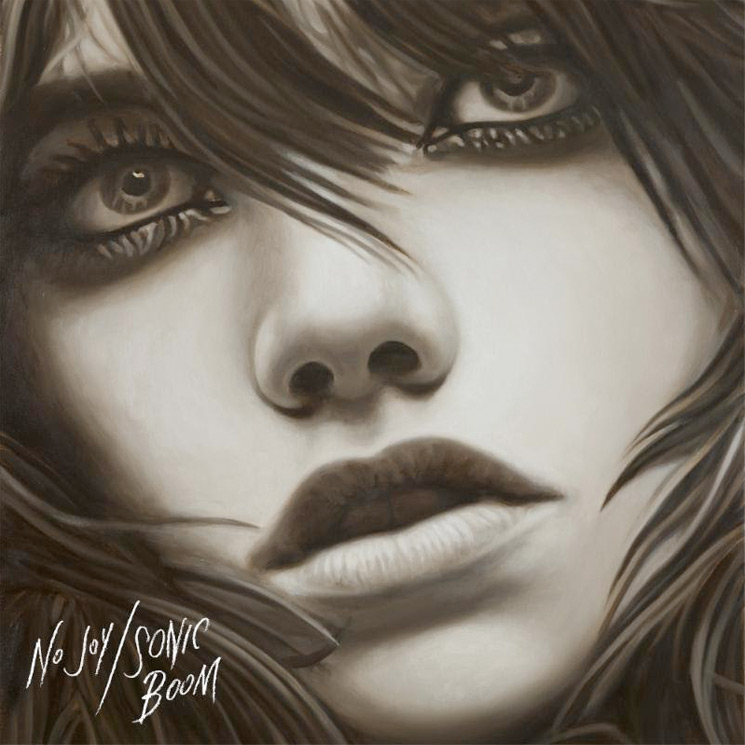 Following up on last year's CREEP EP, Montreal noise-pop unit No Joy are once again releasing a new mini-fering, though this time one with Spacemen 3/Spectrum hero Peter "Sonic Boom" Kember.

As a press release explains, White-Gluz and Kember first started floating the idea a joint EP back in 2015 after No Joy had released their More Faithful album. This soon led to the pair trading ideas intercontinentally, with White-Gluz writing and producing songs in Montreal and Kember writing, arranging and producing in Portugal.

The results are apparently "four glistening tracks that dance along the lines electronica, trip-hop and experimental noise."

In a statement, White-Gluz said, "I wrote some songs that were intended for a full band and handed them f to Pete, who helped transform them. I barely knew how to use MIDI so I was just throwing him these experiments I was working on and he fine-tuned my ideas. There are barely any guitars on this album, because I was focused on trying to find new ways to create sounds."

For a taste this, you can watch a new video for the EP's lead-f track "Obsession." The clip features a six-minute-plus "radio edit" the song, while on the actual record the track spans over 11 minutes.

No Joy also have a series tour dates coming up starting next month, including Canadian dates in Vancouver, Toronto and Montreal. You can see the full schedule below.