Migos' Quavo Accused of Assault and Robbery at Grammys Afterparty 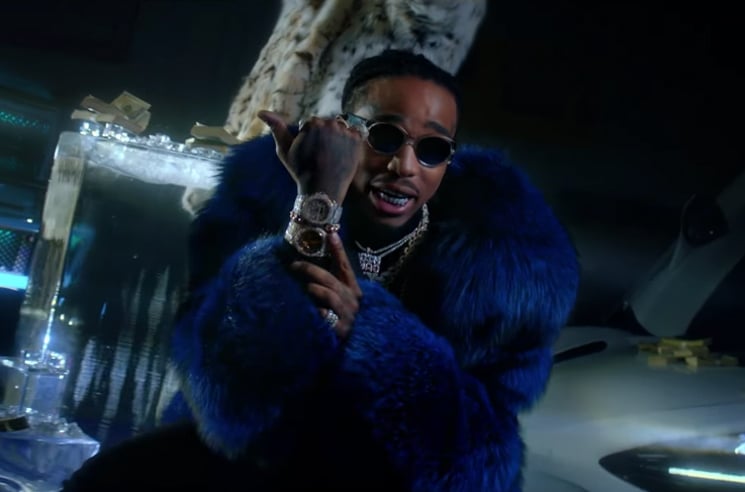 Migos member Quavo has been accused assault and robbery after allegedly beating up a jeweller during a Grammys afterparty.

TMZ reports that the alleged victim, Eric the Jeweler, reported the incident to the NYPD on Tuesday (January 30). Eric has designed jewelry for 50 Cent, Snoop Dogg, DMX, YG and more.

According to TMZ, Eric and Migos arrived at New York club 1Oak at around 4:30 a.m. local time Monday morning (January 29), when talk over money that Quavo owed the jeweller allegedly turned physical. Eric told the NYPD that he was jumped by Quavo and another man in the Migos party. Sources tell the site the additional man was neither Offset nor Takef.

The site notes that Eric walked away from the incident with minor facial injuries, though his own chain worth $30,000 USD was missing. The NYPD are looking to speak with all three members Migos, along with the group’s manager. They will also review security camera footage from 1Oak.

Migos were nominated for both Best Rap Album and and Best Rap Performance at the 2018 Grammy Awards.