Lorde Responds to the Grammys with Ad in New Zealand Newspaper 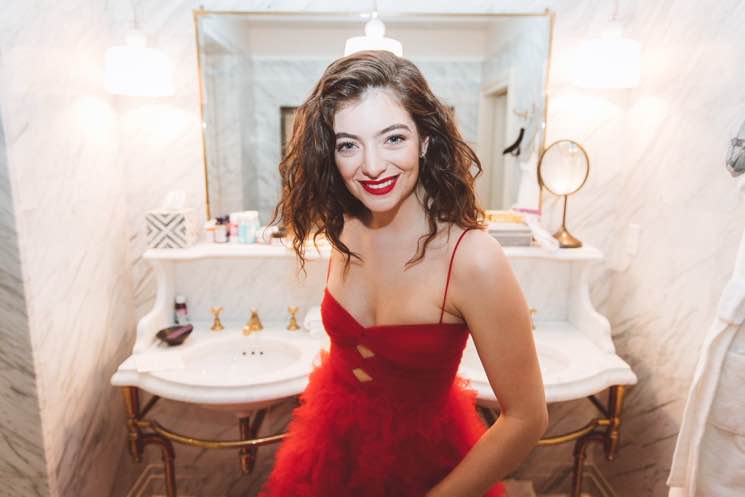 Lorde may not have performed or won any awards at this past weekend’s 60th Grammy Awards, but it turns out her experience at the ceremony was still one worth writing home about.

The New Zealand-born singer took out a full-page ad in the New Zealand Herald today to share a hand-written letter about her Grammys experience.

In the letter (presumably addressed to fans, Lorde noted that she and her brother “saw a lot crazy and wonderful things,” and expressed thanks for “loving and embracing Melodrama the way you did.”

“Thankyou, also, for believing in female musicians,” she added. “You set a beautiful precedent!”

A number doodles also adorn the letter, including shout-outs to Kendrick Lamar, SZA and Stevie Nicks, as well as the insight that “JAY-Z’s hands are really st.”

See the complete letter below.

It’s unlikely that the letter was intended for the Grammy organizers themselves, given their decision to fer the male Album the Year nominees the opportunity to perform, but not extending the same opportunity to Lorde.

The singer previously alluded to the controversy, tweeting a link to her upcoming tour dates with the caption: “IF YOU’RE DEBATING WHETHER OR NOT I CAN MURDER A STAGE… COME SEE IT FOR URSELF.”

The Grammys also came under fire for their treatment female artists after the ceremony (which featured only one woman accepting an award during the broadcast).

Recording Academy president Neil Portnow then implied that women “need to step up” in order to gain stronger footing in the music industry; he has since backpedalled on the remarks.