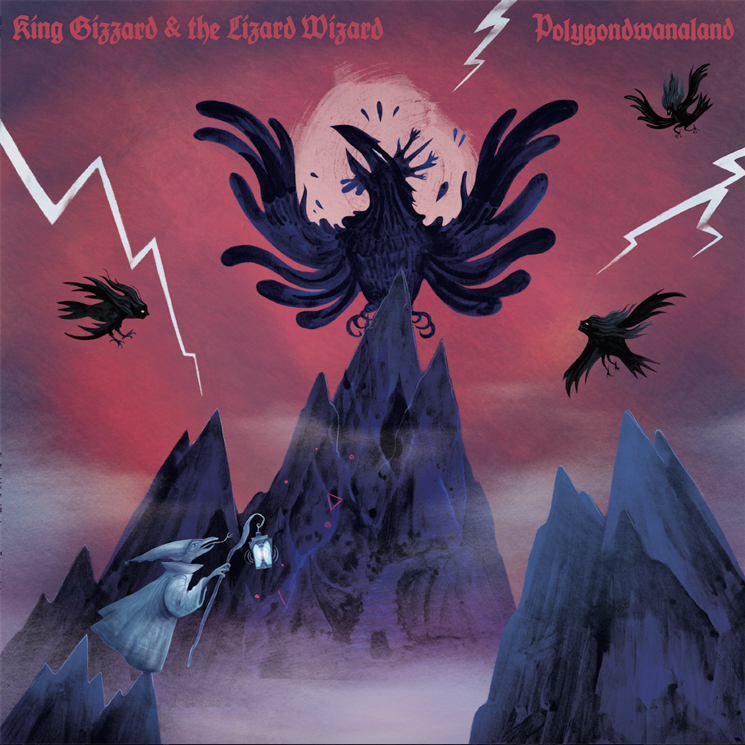 With the release their Polygondwanaland LP last year, King Gizzard & the Lizard Wizard made the master recordings the album available to fans for free, encouraging listeners to start their own record label and “employ your mates, press wax, pack boxes.”

Fans have since crowdfunded a variety different formats into existence, and a new Canadian vinyl pressing the record is set to arrive through Kingfisher Bluez next month. The Vancouver-based label has teed up a Valentine’s Day version pressed to clear wax with pink and purple splatter. The new edition also features alternate artwork from Eden Cooke, which you can find above.

Kingfisher Bluez will press the record in an edition 200 copies, and you can get yours here.

King Gizzard & the Lizard Wizard are set to take the record (and the other four LPs they released last year) on tour throughout Canada and the United States later this year.