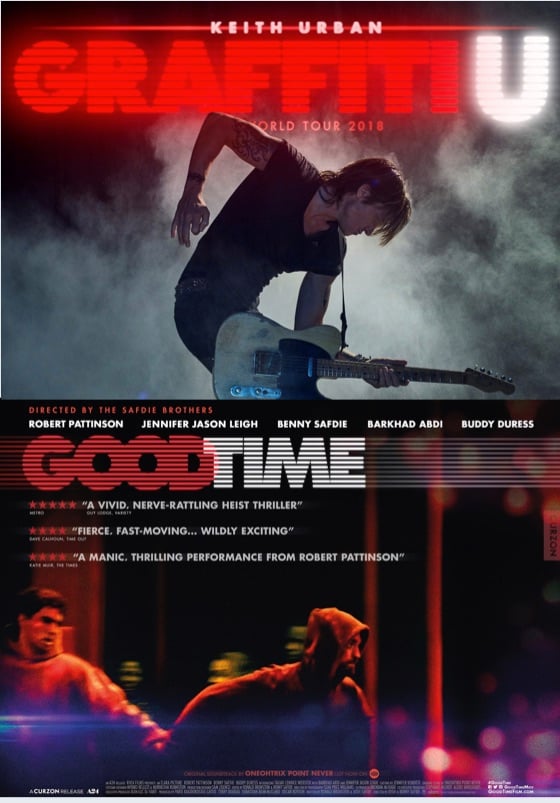 In addition to being one the best films 2017, Josh and Benny Safdie’s pulpy crime thriller Good Time was also immensely influential. Don’t believe us? Its aesthetic is already having an influence on the world mom ‘n’ dad-approved pop country.

The similarity was first noticed by Twitter user Liam Pendergast, with his observation shared by both A24 and Josh and Benny Safdie:


Here’s hoping the influence Good Time goes a step further and we get a musical collaboration between Keith Urban and the film’s soundtracker Oneohtrix Point Never.