Is Sha’Carri Richardson The Next Flo Jo?

In orange hair, mink lashes, a nose ring and long pink colored nails at just 21 years old, Dallas Natve Sha’Carri Richardson made history when she secured her spot in the upcoming Tokyo Olympics. Winning the women’s 100m in just 10.86 seconds.   After her ‘Gone with the Wind’ fabulous win, literally, Richardson ran to her Grandmother, who was sitting in the stands.

“This year has been crazy for me. Going from just last week, losing my biological mother, and I’m still here.”  She told reports after the race. “Still choosing to pursue my dreams, still coming out here, still here to make the family that I do still have on this earth proud.

Her record setting speed is not the only reason why she’s drawing so much attention; the colored wigs (depending on which race you watch ), tattoos and extra long nails are what us black and brown girls also live to see.  Her signature look, is often compared to Florence Griffith Joyner aka Flo-Jo (see below), who’s biopic will be produced by and star Tiffany Haddish.  WHo is known for her flashy style, long nails and for holding the record for being the fastest woman of all time. The record setting Olympian who passed away in 1998 brought beauty and fashion to the track. “Flo-Jo came to the track and knew she was going to dominate” Richardson told the Associated Press. “The way she did that was graceful. I always like that.  If the amazing Flo Jo had long nails, there was no excuse why I couldn’t have long nails.” she states.  She also pays homage to her in an instagram post. 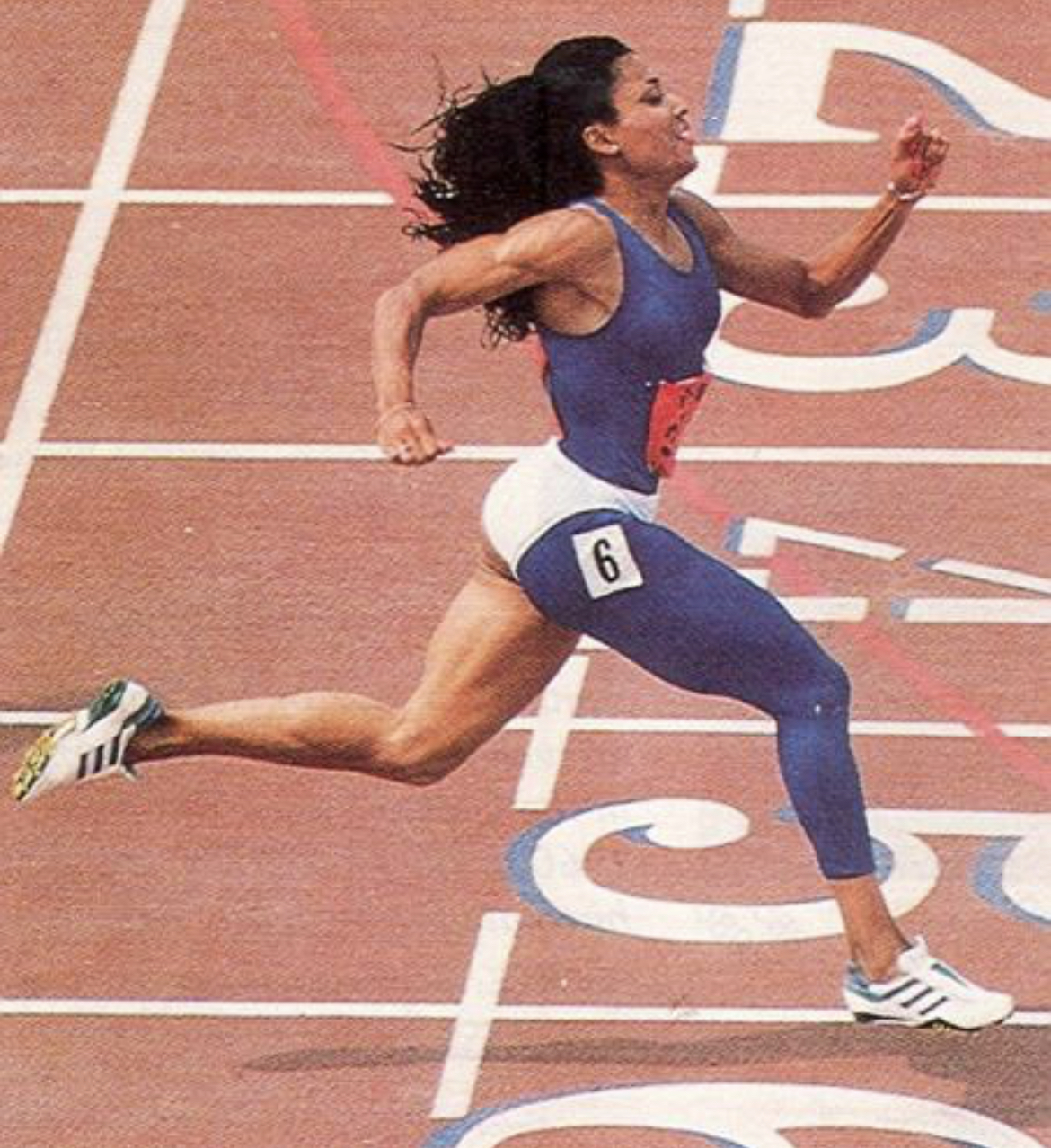 Not only fast but we can’t deny her style is blazing, she’s unapologetically confidant and we love everyting about this winner. “I just want the world to know that I’m that girl. That every time I step on the track, I’m going to try to do what it is that me, my coach, my support team believe I can do, and the talent that God blessed me to have.” She told reporters on Saturday.  Where’s the lie yall?   Take a look at some of her most beautiful moments.

After a win in firery red hair. 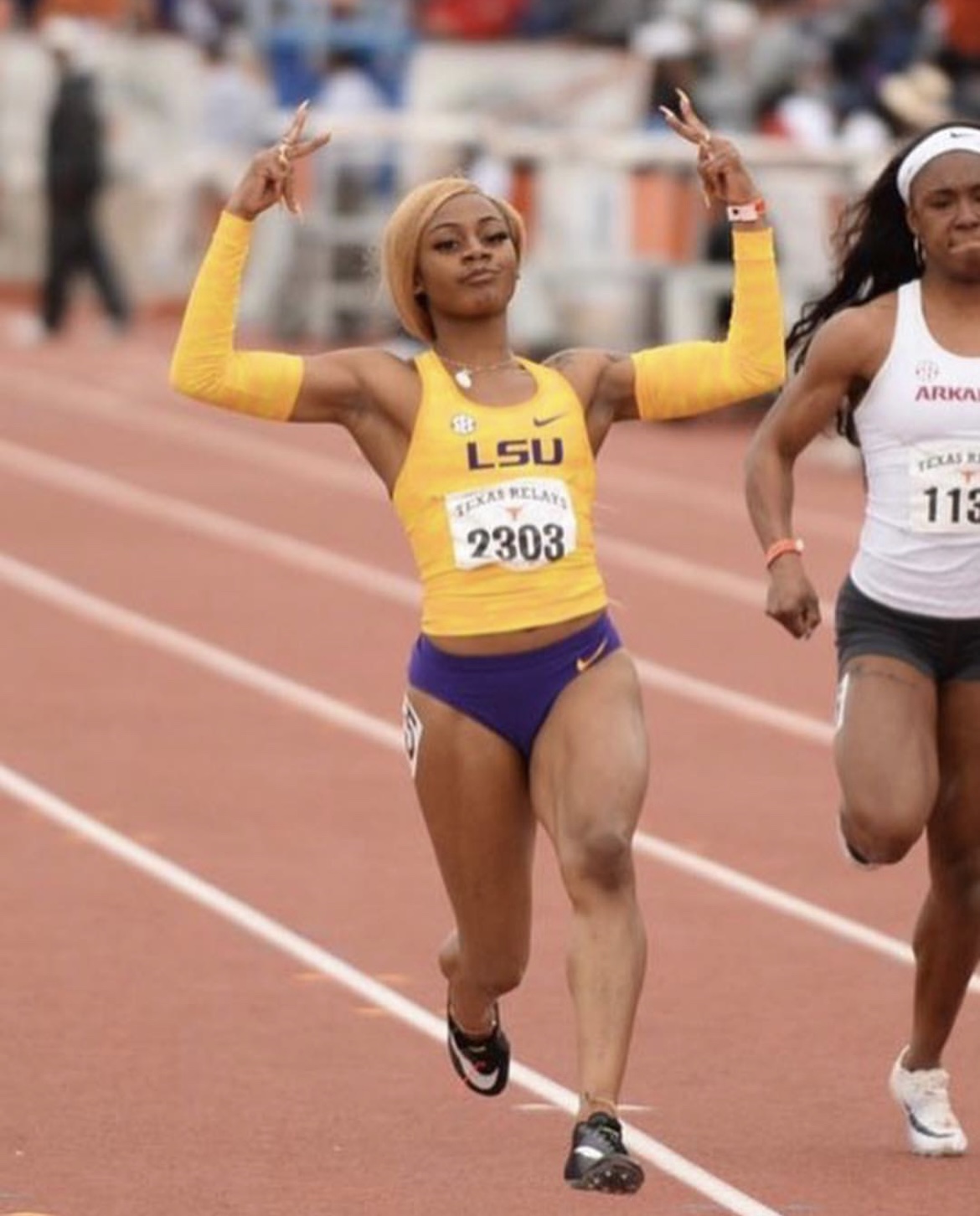 Flexing at LSU in a blonde flowing wig 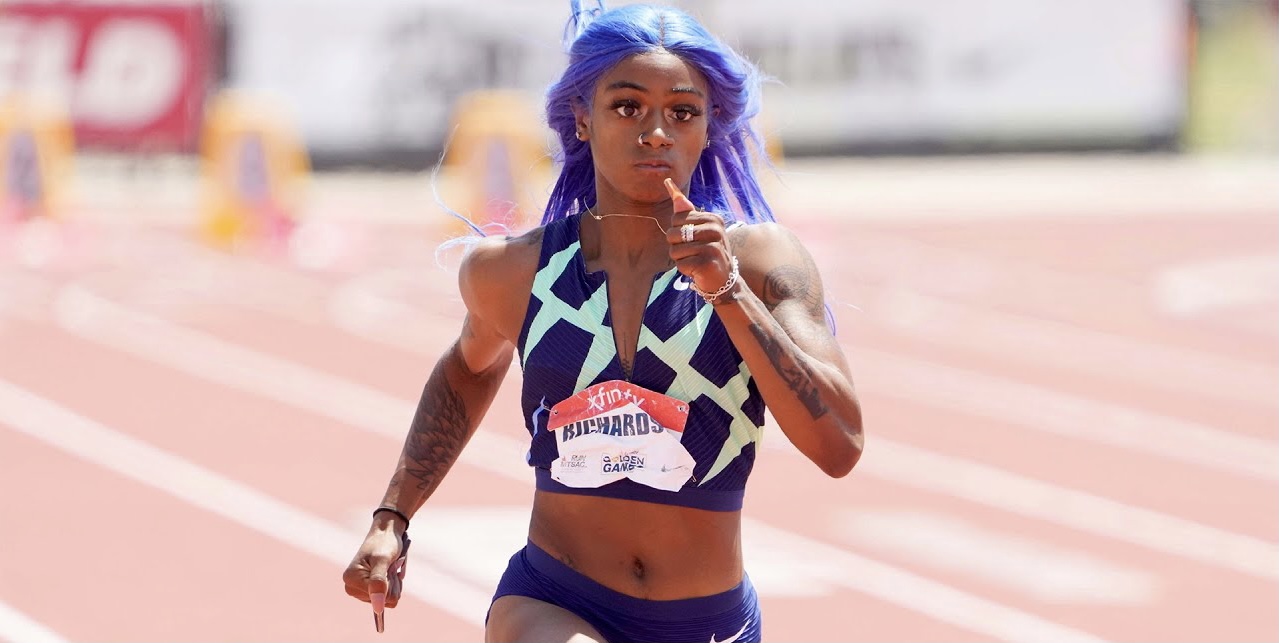 Blazing the track in blue hair