Here's How the Music Industry Kept CDs Alive in 2017 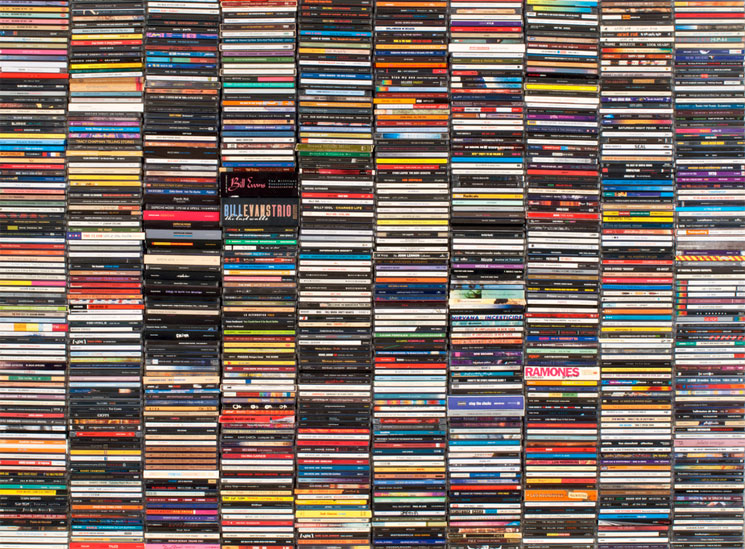 The CD has quickly become the punchline the music industry, but as 2017 proved, everyone might be laughing a bit too soon.

Despite the rise streaming and the comeback vinyl, the once mighty CD still very much had a place in our modern world in 2017. As a new Canadian Press piece points out, CD sales were boosted by the record industry a variety techniques, and overall, the format’s sales numbers weren’t all that shabby either.

This year, one major technique used by labels to keep the compact disc alive and kicking was to bundle a copy a band’s latest album on CD with tickets to big arena shows. This included concerts by the likes LCD Soundsystem, Arcade Fire and Shania Twain, among others.

Upon buying tickets, concertgoers were given a choice between a free digital download the artist’s latest album or a free CD copy. As CP points out, those that chose the CD option may not have actually cracked the shrinkwrap, but the tactic had a huge impact on artists’ chart success, skyrocketing groups such as Arcade Fire and LCD Soundsystem (perhaps unfairly) to massive first week sales and chart positions.

Along with the CD ticket bundle tactic, Taylor Swift’s November launch Reputation helped keep the CD alive different means. Not only did she avoid putting the album on streaming services until weeks later, but her record arrived in a variety exclusive physical forms, including a Walmart Canada version that placed a CD Reputation in an exclusive magazine about Swift.

Also, if you wanted the physical version Reputation, the vinyl option didn’t arrive until just recently on December 15. In other words, if you planned to put a copy under the Christmas tree, chances are it was the CD version.

Another CD success story this year came from Gord Downie’s posthumous Introduce Yerself. Like with Reputation, the vinyl version was not available until long after the CD edition, and as CP reports, about 9,700 copies Introduce Yerself were sold on CD — thousands more than its digital and vinyl sales combined. Of course, it’s unclear if the vinyl version delay or the fact that old habit just die hard were responsible, but either way, Gord shifted a big chunk metallic discs.

All this being said, CD sales did fall 18 percent in the last year, according to data from Nielsen Music Canada, with the format moving roughly 10 million units. That may not sound all that great, but it’s a lot better than digital album sales, which took a serious nosedive in 2017. Digital album sales fell almost 25 percent and only shifted 6.2 million units, according to Nielsen’s data.

David Bakula, who oversees Nielsen’s industry insights operations, pointed to these plummeting digital sales as one the key reasons the CD is still sticking around, along with just some older listeners clinging to old habits. “We’re not seeing this flight from the format,” Bakula told CP.

Adding to all this, it doesn’t help matters that vinyl is more expensive now than ever. Go into any brick and mortar store, and you’ll be greeted by countless single-LP albums that are hovering around the $40 to $50 mark, whether they be reissues or new albums. It’s the downside the so-called “vinyl boom,” with major labels now looking to make up for lost dollars by hawking some seriously expensive wax.

So with many music fans being collectors at heart, the CD still looks pretty tempting when comparing price points. For example, you can grab Taylor Swift’s Reputation right now on Amazon for $15.97 on CD, while the vinyl version will set you back a whopping $53.98.

Even on online reseller sites like Discogs, you can easily pick up countless used albums on CD for under a fiver, while the vinyl version the exact same album will set you back five times that if not more. And it’s sites like these that are helping make up for the lack big box stores loaded with CDs or small independent record stores now giving CDs — both new and used — the cold shoulder.

We’ve already seen comebacks with once-thought-dead formats like vinyl and the cassette, so a CD revival may be around the corner. If anything, though, 2017 proved the CD isn’t dead just yet.