Hedley Withdraw from Junos, Plan to "Talk About How We Have Let Some People Down" 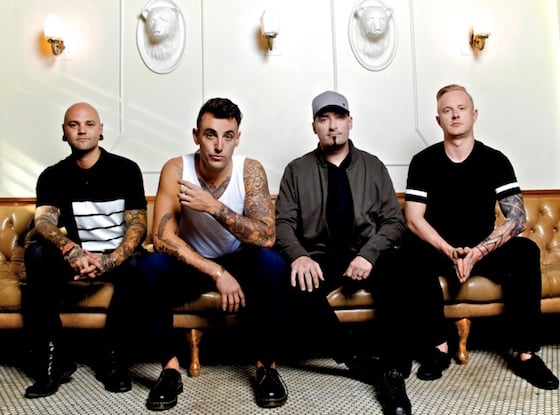 In the wake the fallout surrounding sexual misconduct allegations, Hedley have withdrawn their name for awards consideration at the Junos, issuing a new statement saying they intend to “talk about how we have let some people down, and what we intend to do about it.”

Hedley issued a press release today confirming the news, adding that they will not be cancelling their ongoing tour, which includes 18 more dates and wraps up on March 23. You can see all the dates here.

“The easy thing to do would be to cancel the tour and hide. We don’t intend to do that,” the band wrote.

Hedley were nominated for four Junos, and following the allegations, the award show organizers cancelled the band’s performance. Hedley now wrote that they “respectfully withdraw their award nominations from consideration.”

The full statement from Hedley reads as follows:

In the coming days — and throughout this current tour — we intend to take responsibility, and talk about how we have let some people down, and what we intend to do about it.

That starts right now. As a band, we have decided to withdraw our name from consideration for any awards at the JUNOs. We do not wish to be a distraction at Canadian music’s biggest night or to, in any way, take the focus away from the tremendous honour that is the JUNO awards.

We want to ensure that everyone understands our collective commitment to change, and to do better, is real. Saying a rock’n’roll lifestyle was to blame — or saying certain things happened because we were younger — isn’t good enough. We owe it to our families, our crew, our friends — and most all, our fans — to do and be better.

The easy thing to do would be to cancel the tour and hide. We don’t intend to do that. We intend to start making positive changes, starting right now.

As previously reported, the hashtag #outHedley2k18 was recently created to encourage fans to share any stories they may have concerning any inappropriate behaviour by the band. The group later issued a statement, blaming any fensive actions on “a lifestyle that incorporated certain rock and roll clichés.”