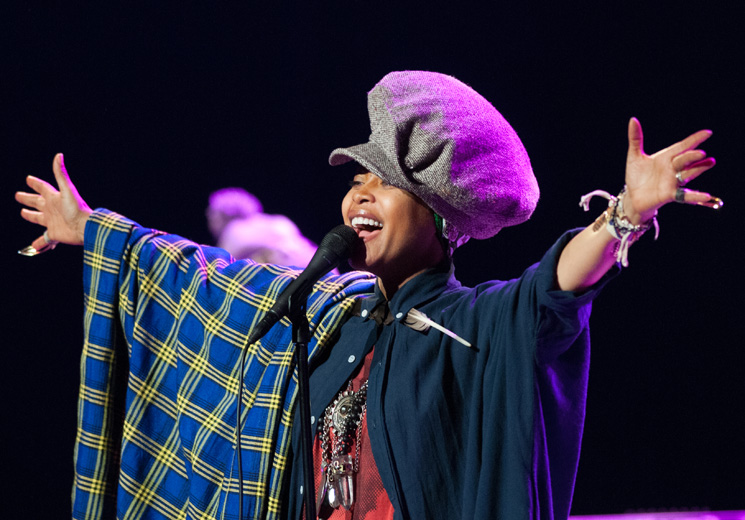 Erykah Badu caught a great deal heat online earlier this week after saying that she “saw something good in Hitler” in a recent interview with Vulture, in addition to words praise for both Bill Cosby and rapper XXXTentacion. Now, she’s responded to the backlash in a series tweets.

Badu noted that “dialogue is cool. I invite it,” before telling her followers to “read the article.” She then accused the media using controversial quotes and terms such as “click bait” to get you mad.

“The media is banking on our ignorance. Know we won’t read the whole thing. They’ll use controversial quotes w/trigger words as Click Bait,” she wrote. “We ❤️ controversy. So Blogs choose easiest thing to ‘spin.’ Get you mad. Help you get a little rage out. They get more adds. The message lost.”

She continued: “In trying to express a point, I used 1 the worst examples possible, Not to support the cruel actions an unwell, psychopathic Adolf Hitler, but to only exaggerate a show compassion.

“Either U read the entire VULTURE interview & U understood the message compassion CLEARLY. OR U only read the selective, out context Headlines, & were drawn in2 the whirlpool collective emotional grief. I don’t want 2 force U 2understand the way I love. I’m hopeful tho. And I still love you.”