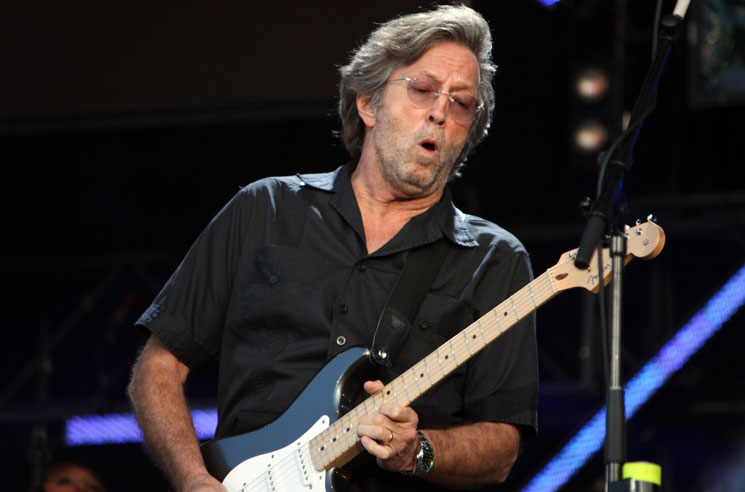 Eric Clapton has revealed that he’s going deaf, in addition to suffering from other health problems that have affected his playing.

Speaking in a new interview with BBC Radio 2 to promote new documentary Eric Clapton: Life in 12 Bars, the guitar icon broke the news his hearing loss, stating that the plans to continue performing live, however.

“The only thing I’m concerned with now is being in my 70s and being able to be pricient,” he explained. “I mean, I’m going deaf, I’ve got tinnitus, my hands just about work.”

Clapton added, “I’m hoping that people will come along and see me just because, or maybe more than because I’m a curiosity. I know that is part it, because it’s amazing to myself I’m still here.”

As how his health is affecting his playing, Clapton explained that he has to “get on the bottom the ladder every time I play guitar, just to tune it…Then I have to go through the whole threshold getting calluses on the fingers] back, coordination.”

Elsewhere in the interview, Clapton speaks about his drinking habits and how Life in 12 Bars shows that “there’s a light at the end the tunnel.”

You can listen to the conversation here.