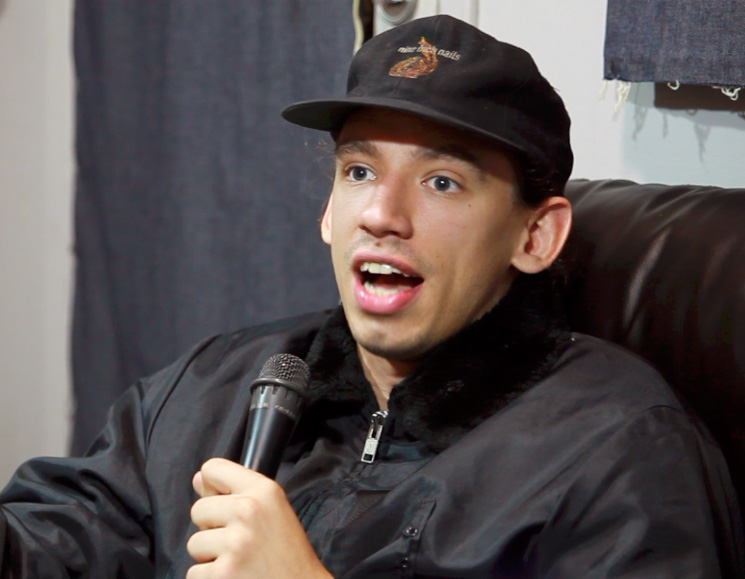 Much good has come to Pennsylvania metalcore band Code Orange in the year since they released their breakthrough album Forever.

From performing on WWE NXT to an arena tour with System a Down, 2017 was a period where Code Orange’s risks turned to reward. The new year has been just a fruitful; Code Orange are nominated for Best Metal Performance at this Sunday’s Grammy Awards alongside Mastodon, August Burns Red, Body Count and Meshuggah.

Drummer/vocalist Jami Morgan tells Exclaim! TV’s Aggressive Tendencies that after at least 20 full U.S. tours (half which had “no one there”) it feels “very nice to be able to feel the love now.” Morgan says that coming into success from the hardcore scene is “like an open nerve.”

“You want people to succeed, but you don’t at the same time,” explains Morgan. “You don’t let it get in your head… regardless what anyone thinks about our music or whatever, there’s no denying that no one has put in the amount work that this band has put in.”

Code Orange’s work ethic came full circle with their performance on WWE NXT. After “Bleeding in the Blur” was personally selected as theme music by wrestler Triple H, the band pushed to see if there were any other opportunities available. Under just three days’ notice, Morgan and company made their way to Brooklyn to perform during the song during the live broadcast.

“I grew up watching wrestling my whole life and I would always watch it and feel I’ll kind be a part this in some way,” says Morgan. “I don’t know why I would think that. I never thought it was realistic, but just keep thinking it, and then it happens.”

Those reigning and prideful visualizations have become a stronghold in the lyricism Code Orange, with song titles like “My World” and “I Am King.”

“People need to realize that there’s more nuance to it. There’s more to it than just yelling stuff in people’s face. That’s not what we’re trying to do,” Morgan clarifies. “Our band is about being direct, but I also want our band to be about approaching things, when necessary, in an intellectual way.”

Morgan adds, “We have a bit more resources now because we’re on a bigger label. That’s going to continue, and the more successful we are, the more room we’re going to get to do exactly what we want in all kinds ways. I have many plans.”

You can watch the entire interview with Code Orange on Aggressive Tendencies in the players below.