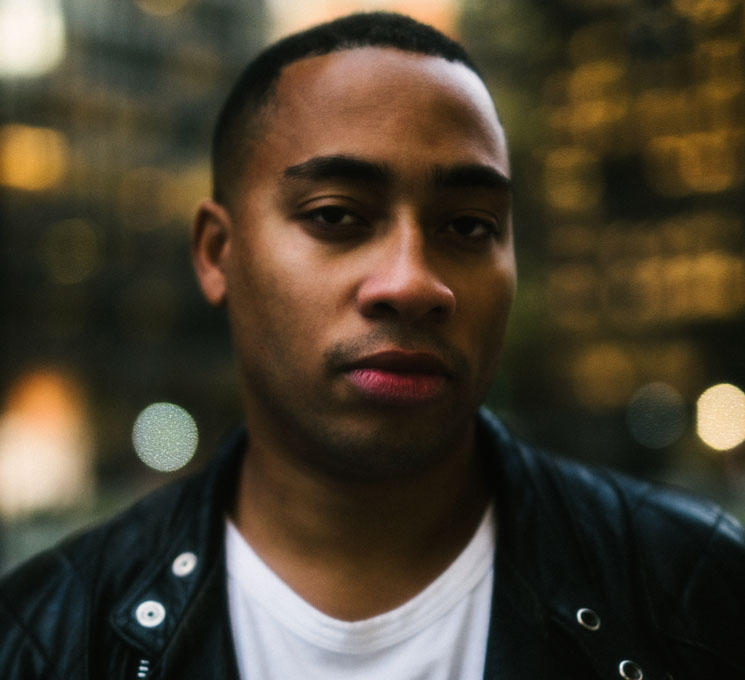 It’s been five years since Cadence Weapon, aka Roland Pemberton, released his most recent album, the relatively sombre Hope in Dirty City. In that time, the socio-political landscape, and hip-hop too, have changed immeasurably.

The world feels more serious, and people are more outspoken about inequality and injustice, while contemporary rap music, at least in the mould leaders like Drake and Future, feels particularly introspective, self-involved, and cloudy when it comes to emotional engagement, which is further obscured by the tilted soundscapes that encase such ideas.

After a romantic residency in Montreal, Cadence Weapon has been living in Drizzy’s Toronto and has soaked in some the city’s sounds and attitudes to assert himself on his bold, assertive fourth album. It features cool production by Kaytranada, Harrison, Gibbs, Blue Hawaii, and FrancisGotHeat, among others, and deeply personal, political expressions from a rapper who is technically hard as steel. Cadence Weapon has never sounded so awe-inspiring.

Lyrically, he’s at his most blunt and uncompromising. Fans may be jarred to hear him drop the “n-word” so frequently, or to assert his blackness on so many songs in general. On the track “Destination,” he raps: “When some people see my face / all they see is race / look at me with distaste / Then they make haste.”

“In my previous work, I felt reluctant to express that side my life or talk about racial stuff,” Pemberton tells Exclaim!, sitting in a recording studio space in Toronto. “I was more focused on, ‘Let’s just make some crazy music.’ As I get older, I have a better knowledge self and I think a lot more about myself as a racialized person. I felt like it wouldn’t be a good reflection if I didn’t rap more like I actually talk, or express what I want to talk about.

“To me, there’s a lot power behind that word and there’s so much to navigate with it. So many people use it in a different way; ‘We’re trying to take it back and switch the power over.’ That line you mention, it really is about how I’m perceived.”

When he broke out Edmonton in 2005, Cadence Weapon was almost immediately a Canadian hip-hop star. He was talented, witty, and had the ear a music tastemaker, but his ascendance was also based in no small part because the Canadian music industry is always clamouring for just such a figure to emerge outside Toronto.

He was initially embraced by indie rock circles; his debut album, Breaking Kayfabe, earned a short-list nomination for the inaugural Polaris Music Prize (alongside the likes Broken Social Scene, Metric, Wolf Parade, K’Naan, and eventual winner, Owen Pallett) and he soon signed record deals with Upper Class in Canada and ANTI- elsewhere — both fine imprints, neither well-regarded by heads.

“It wasn’t from the rap people,” Pemberton says his early success and recognition. “Maybe the way I was presented wasn’t really reflective who I am. There was this, ‘Oh, it’s like bedroom, lo-fi, weird rap.’ I never really thought myself as being all that weird. In my mind, I’m competing with all the mainstream rappers and can rap in the same room as them. But for some reason, other people don’t feel that way.

“Maybe it’s partly my fault in the way that I made the old albums,” he says. “I’ll admit, some the ways rapping, where I’ll have spoken word, not rhyming, weird structures, using live instrumentation — that doesn’t sound like rap at all. I think I am a technical rapper, but I’ve had trouble with people taking me seriously. They think it’s sarcastic or ironic. That figures into my music, but as a songwriter.”

In his time away from the public sphere, quietly working on the followup to Hope in Dirt City, Pemberton contemplated some kind transformation. At one point, he almost left Cadence Weapon behind to operate under his own given name; at another, he considered abandoning music altogether to pursue other avenues.

But Montreal’s nightlife kept him going; he DJ’d and expanded his social and pressional circles enough to inspire a rebirth.

“That’s why I called it just Cadence Weapon, because it’s the distillation who I am,” he says the new record. “The intersection rap and electronic music on this album, that’s my wheelhouse. I feel like I have a much better understanding that and myself. I felt like I had something to prove because I’ve been around a while, but I never really got the recognition for rapping that I believe I deserve. So, that really pushed me to go harder.”

A new artistic outlook has also yielded a more confident and confrontational stance. There are many songs here that would surely not exist without the toil and terror endured by those in movements like Black Lives Matter and Me Too. Pemberton tackles racism (and frequently sexism) in club culture and fice dynamics on his new album with the vigour a citizen who sees eyes that need opening.

“People try and act like Canada is different than the States, but it’s actually worse, because it’s under the radar and in the fabric everything,” he reasons. “Racists feel like we’re in a time where they don’t have to hide it anymore. It’s nothing new to me. I knew.

“I felt like in the past, I didn’t want to be ‘woe is me,’ but now I feel like it’s a duty. This is me being bigger and blacker.”

Cadence Weapon is out now eOne.