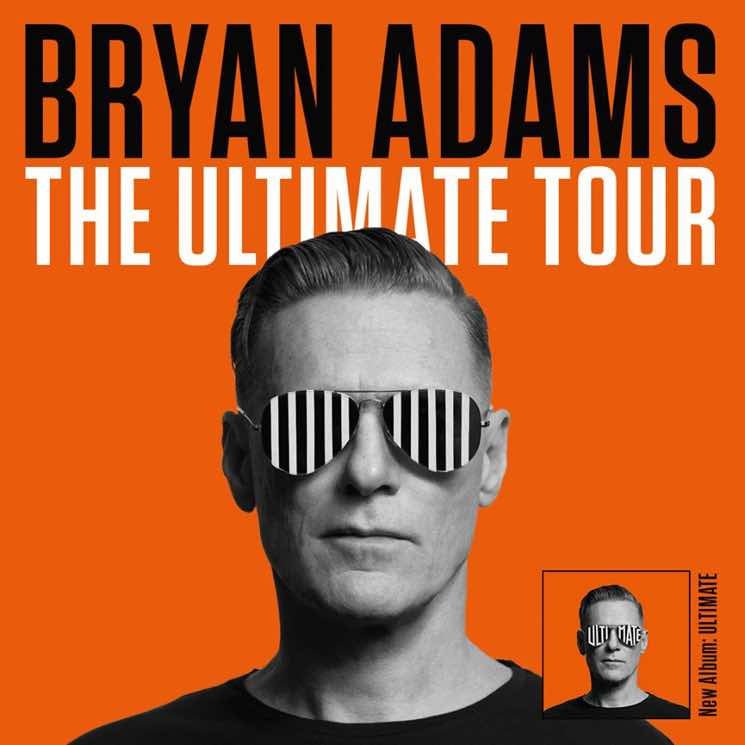 Bryan Adams has announced plans to take his latest album Ultimate out on tour across Canada this summer.

The veteran Canadian pop-rocker will kick f “The Ultimate Tour” in Victoria on June 5, making his way east through cities like Vancouver, Edmonton, Calgary and St. John’s, before winding back around and wrapping things up in Toronto on August 3.

Also included on the jaunt are festival stops at Stars and Thunder in Timmins, ON, and RBC Bluesfest in Ottawa.

Tickets for shows on “The Ultimate Tour” go on sale next Friday (March 2) at 10 a.m. local time.

Bryan Adams’ album Ultimate is available on vinyl through Umusic, as is an anniversary reissue Reckless.