Brooklyn Rapper Skyzoo Talks 'In Celebration of Us,' 'Black Panther' Excitement and His Own Marvel Future 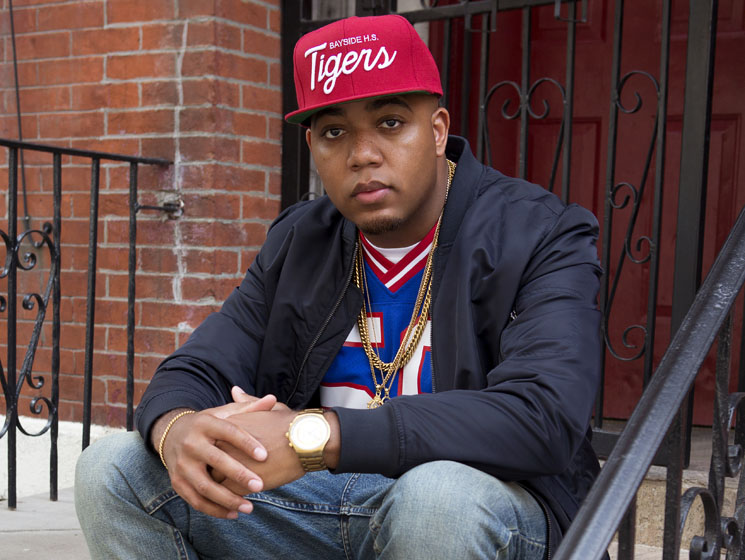 Brooklyn rapper Skyzoo is dropping his fourth solo studio album, In Celebration Us, this week, but with a track record that spans 25 releases (including collaborative efforts, EPs, and mixtapes), the 35-year-old rightfully enjoys veteran MC status amongst the industry’s elite. Being held in this high regard is what makes his confidence about In Celebration Of Us so exciting for his core audience.

“It’s my most layered, most conceptual album to date,” he tells Exclaim! “What I wanted to do with it rang so loud to me. I hit this one specific vision, this one mark, clearer than I ever could have on anything else.”

As Skyzoo explains, the LP was — as the name suggests — a celebration the black community. “I just wanted to do something that spoke about everything that’s been going on with us as black] people; the people who look like me, live like me, move like me, have been through what I’ve been through.”

Working with a host talented producers like !llmind, frequent Tyrese collaborator Siege Monstrosity, and ( course) Apollo Brown, Skyzoo traverses his focus from a multitude angles. “Education, for example, and cultural appropriation were big topics for me,” he says. “Obviously police brutality, classicism, economics and things that nature.”

As well, he cites his new son as a significant influence on this new work. “The most important thing a black boy can have is his father,” he says. “With so many things that are going on, looking the way we look and being who we are, I wanted this project to serve as a guidebook — something he could always go back to.

With such a substantial body work and only one month into 2018, one can just imagine what else Sky has planned for the year ahead. Some fans have already speculated, based on a late summer meeting with Marvel; however, according to Skyzoo, nothing is set in stone.

“I can’t obviously jump into too much that. But, when it’s time, it’ll come to light,” he says with a laugh. “But, it was an honour and a privilege to even be up there with them. The same way I grew up on hip-hop, I grew up on Spiderman, X-Men and Luke Cage.

“I remember Luke Cage when they brought him back in them’90s,” he says while sharing his fav issues. “It was a limited run, but I had every one them. I was all about it because it was a black superhero on the cover.

“I even remember when they introduced him with the Punisher,” he continues. “They put him in an experiment, and Punisher] was black. He was trying to figure out how to manoeuvre through New York as a black man and Luke Cage was helping him out.” Editor’s note: this occurred in The Punisher #60-62, 1992.]

With such a pround love comics and a relationship with Marvel manifesting in some fashion, he is understandably caught up in the Black Panther mania. “I think it’s long overdue,” he says. “I’m all for it. I love seeing the muscle that they’re putting behind it. I love all the promo, all the push. I love that it’s the most pre-sold film in the history Marvel ever.”

According to Sky, the parallels between the comic world and hip-hop are vast. “You have these worlds where the heroes are largely misunderstood and are on the outside looking in. They are outcasts, and they turn into heroes that everyone loves. There’s a strength and a power to them. That’s always been the fabric hip-hop.”

In Celebration Of Us is available February 2 First Generation Rich / Empire.