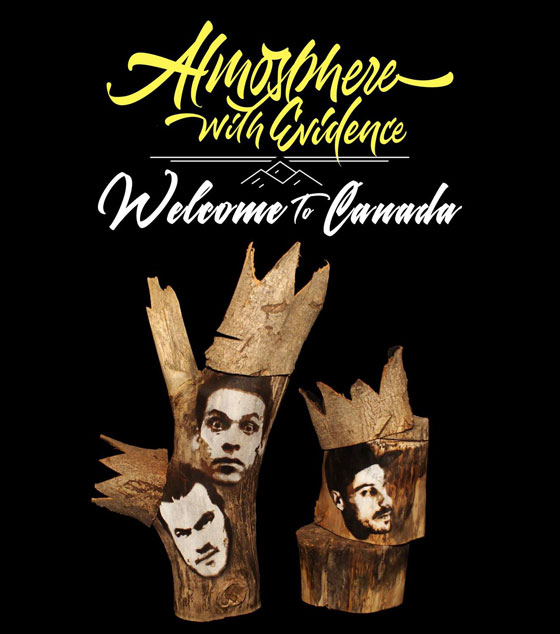 A little over a year on from delivering their Fishing Blues LP, Minneapolis hip-hop duo Atmosphere have announced plans to tour Canada this year.

The pair will play a total ten shows in the country in the month March, bringing fellow American MC Evidence along for the trek. They’ll kick things f at Vancouver’s Commodore Ballroom on March 5 and make their way to such Canadian cities as Calgary, Edmonton, Winnipeg, Toronto and Montreal.

Tickets for all shows go on sale January 12 at 10 a.m. local time, with further ticketing information here. Find a complete tour itinerary below.