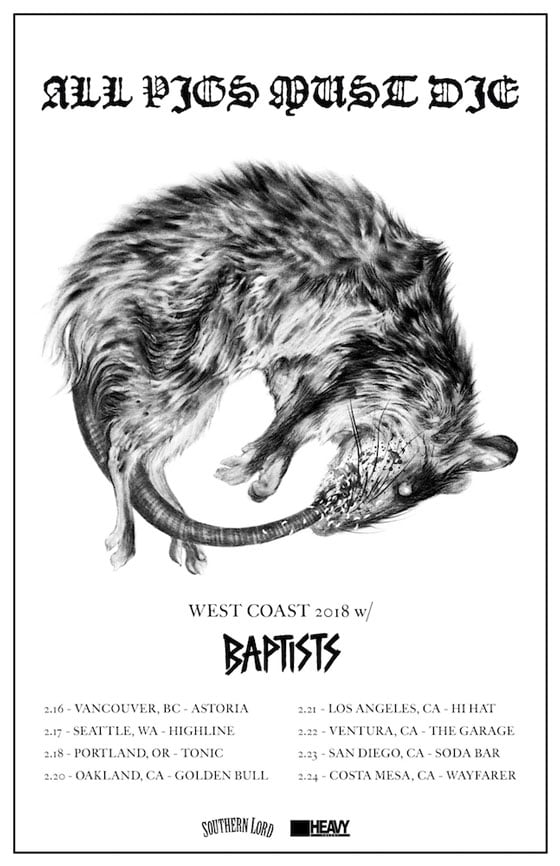 Having released their Hostage Animal LP last year, All Pigs Must Die are now gearing up to take the record on the road alongside Baptists on a West Coast tour.

The eight-date run will kick f in Baptists’ home city Vancouver, with a date at the Astoria on February 16. Stops will follow in Seattle, Portland, Oakland, Los Angeles, Ventura, San Diego and Costa Mesa.

Tickets for all dates will go on sale January 8 at 10 a.m. local time. You can find a complete tour itinerary below.