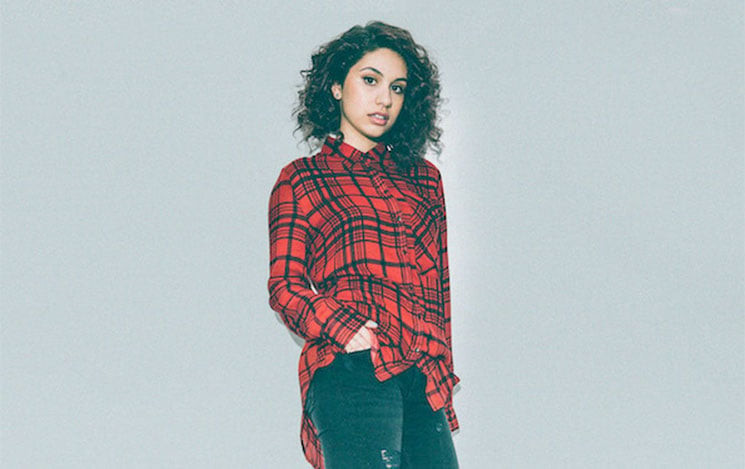 Alessia Cara continued to put Canada (and Brampton, ON) on the map by winning Best New Artist at the Grammy Awards in New York City last night (January 28), beating out SZA, Lil Uzi Vert, Khalid and Julia Michaels for the title. Many were quick to voice their displeasure online following her win, and Cara has now addressed their criticisms in a statement.

In an Instagram post, Cara noted that she was aware "the apparent backlash regarding winning something I had no control over," writing, "I am not going to be upset about something I've wanted since I was kid, not to mention have worked really hard for. I meant everything I said about everyone deserving the same shot. There is a big issue in the industry that perpetuates the idea that an artist's talent and hard work should take a back seat to popularity and numbers."

She continued, "I will not let everything I've worked for be diminished by people taking fence to my accomplishments and feeling the need to tell me how much I suck. I've been thinking I suck since I was old enough to know what sucking meant. I've beat u to it. And that's why this means a lot to me."

Cara was the lone female artist who won her award during the televised portion the 2018 Grammy Awards. Only 17 percent the total awards handed out this year were given to women or groups featuring a woman, with other estimates coming in at even lower numbers.