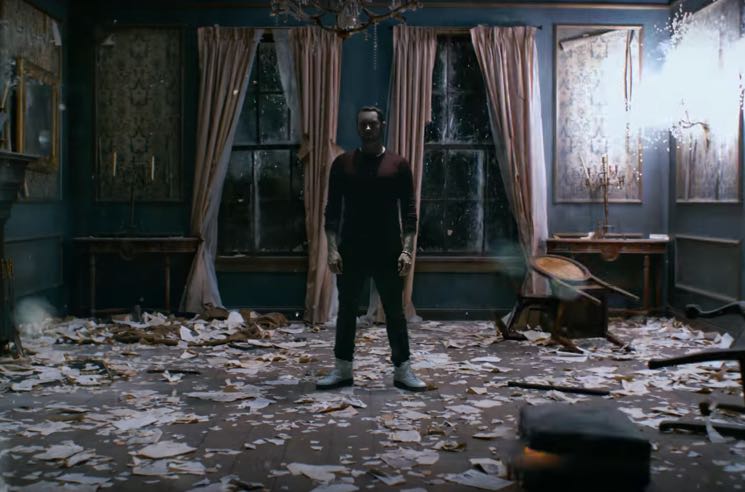 The clip opens with fuzzy footage Eminem and Sheeran being interviewed about the meaning love.

The former admits that his track record “is not exactly a highlight reel,” while the latter advises: “If you don’t have the trust element, you’re fucked.”

From there, we see both artists alone in elaborately decorated rooms — that eventually fill with rain, blown-out windows and smashed furniture.

There’s additional footage Eminem and a girlfriend, as well as the story another equally volatile couple — whose stories intertwine before the end the video.

Kick back and watch the Valentine’s Day drama unfold below.