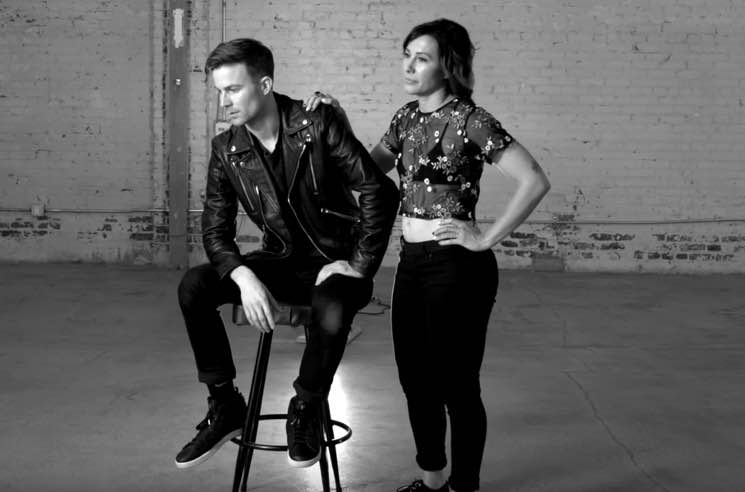 The band have announced that a new LP is on the way, marking their first since 2015’s New Glow (though they did also release an EP titled We Were the Weirdos in 2016) and their sixth overall.

The name the new album has yet to be confirmed, but it is expected out this spring the FADER label.

“Forever” marks the first listen to the upcoming LP, and as previously reported, it features additional vocals by Blink-182’s Mark Hoppus and SWMRS, and was produced by Flosstradamus. It also marks the duo’s comeback from a stage injury that left drummer Kim Schifino out commission and f tour for the longest period time in the band’s career.

“2017 was not a great year for us,” Schifino’s bandmate and husband Matt Johnson said in a statement. “Kim got real depressed during her recovery, and anyone who knows Kim (or has seen her play) knows she’s such a bad-ass upbeat person so it was hard. Then course almost everyday it seemed like there was another terrible headline… With a song like ‘Forever’ it felt really good to get stuff f our chest.  While the chorus may seem harsh, I think the verses are a rally cry to pull together and just overcome all the bullshit.”

The band have also mapped out a North American tour, though there are currently no Canadian dates listed. Get full details here.