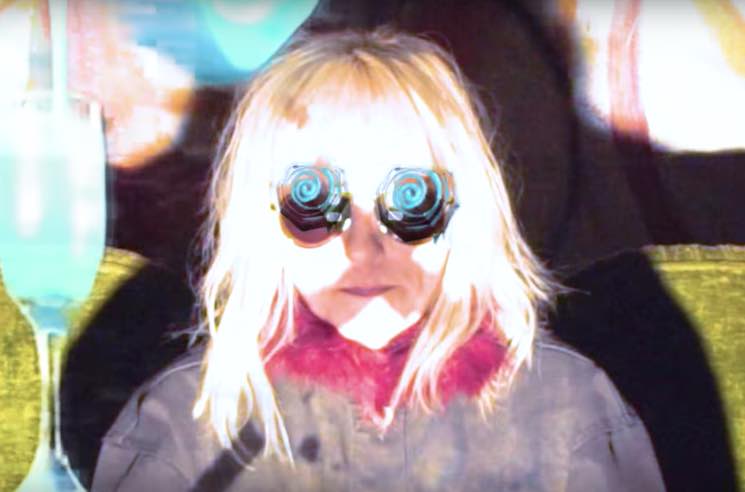 Recently reunited grunge unit L7 went f on Donald Trump last year with protest track “Dispatch from Mar-a-Lago,” but they’re far from being ready to sit back quietly. In fact, as singer Donita Sparks says in her own words on the group’s new single: “I Came Back to Bitch.”

Sparks told Rolling Stone that the feisty song is about “greedy fucks throwing the word ‘rock star’ around because someone made a huge prit on somebody else’s back.”

She added, “Do not degrade the word ‘rock star. That’s what I find grotesque — because creative people, caregivers, civil servants — those are the people who are contributing to society. Capitalist motherfuckers are just making money f polluting things and ruining neighborhoods.”

The track arrives along with an accompanying music video, which further hammers home the band’s anti-capitalist message.

Watch the video for “I Came Back to Bitch” below.