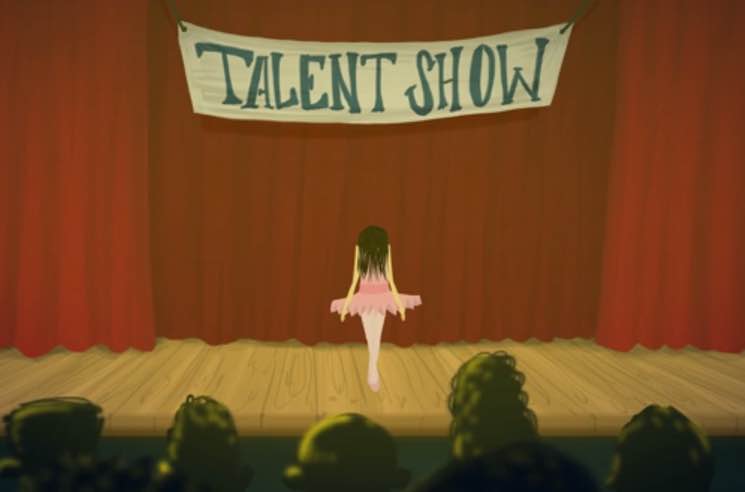 The video takes us inside a school talent show, where the proud parents (and their newborn twins) watch Blue show f her ballet and rap skills.

It’s not the first JAY-Z clip that Blue Ivy’s appeared in, though; she recently made a cameo with both her parents in the “Family Feud” video.