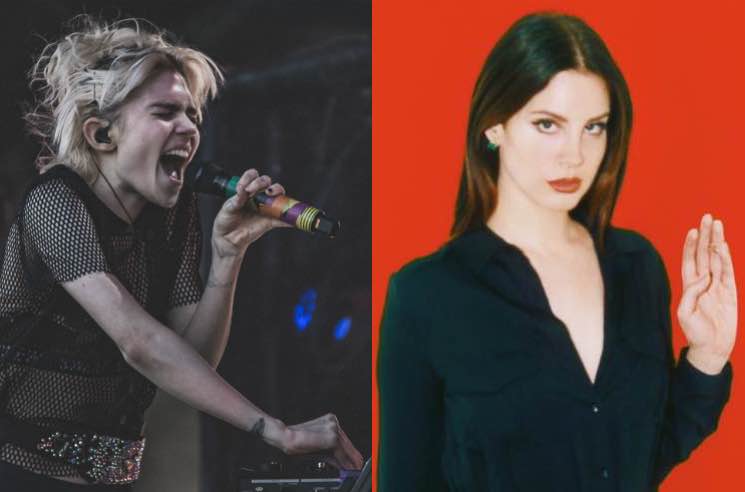 Lana Del Rey was recently interviewed by a number celebrity fans for L’Officiel, and she really covered every topic on earth — and beyond.

Kim Kardashian, Courtney Love, Stevie Nicks and Grimes were amongst the famed question askers, but it was the latter that really took things into the realm the future and outer space.

Grimes asked the Lust for Life singer for her thoughts on artificial intelligence and what affect it will have on humanity, and Del Rey seemed to view the technological advances as largely beneficial.

“I don’t think it will get to the point where we are boycotting the robot community because they’ve taken all our jobs,” she added. “That said, I did hear that Amazon’s just become the first company to deliver drone, which I’m very excited but also nervous about, because I’ve had such bad experiences with drones. So, don’t take my word for it.”

Grimes kept the sci-fi theme going, asking Del Rey if she would take a trip to Mars “even if it meant dying there.” Del Rey enthusiastically shut the idea down with a “Hell to the no!”

“Are you kidding?” she continued. “Loco. Who could ever leave earth behind?”

Read Del Rey’s complete interaction with Grimes, as well as plenty other celebrity interviewers over here at L’Officiel.