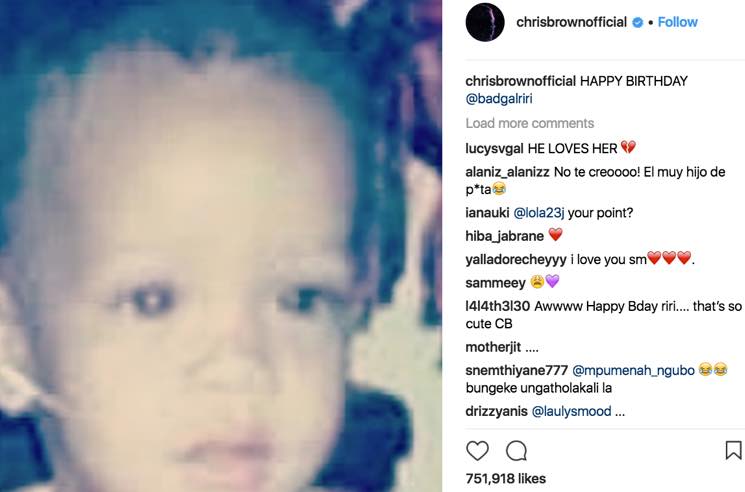 At this point, Chris Brown is better known for causing controversy than topping pop charts — and a recent Instagram post from the singer has stirred shit up on Twitter.

Not everyone thought it was a particularly appropriate gesture, however, and droves Riri supporters have taken to Twitter to voice their disapproval.

Back in 2009, Brown infamously assaulted his then-girlfriend Rihanna. s her injuries later went viral, and Rihanna fans and feminists around the world reacted with calls to boycott Brown’s music.

Following a brief reunion in 2012, Brown and Rihanna ficially broke up in 2013. In 2015, Rihanna told Vanity Fair: “I don’t hate him. I will care about him until the day I die. We’re not friends, but it’s not like we’re enemies. We don’t have much a relationship now.”

See how fans have reacted to Brown’s public display birthday affection below.

Brown’s fans also stepped up, however, defending the gesture.

Of course, Riri has also received many other less controversial birthday messages today. See some those below.