Emily Yacina’s new song “Gleaming” is an upward rush momentum. “Meet me here/ I’ll show you/ The same light/ I’m feeling,” she sings, her delivery breathless, words spilling out in an incantatory pulse. The track was originally supposed to be entirely instrumental, and it wasn’t until late in the process making her new album, Remember The Silver, that Yacina stumbled on a melody that fit. The result feels like getting sucked up into space, a hermetic environment where only you and your object affection exist.

“It’s inspired by throwing yourself into a situation and letting your heart determine your feelings,” Yacina explains. “Letting go and just enjoying someone — for a night or an experience.” In only 90 seconds, she captures that feeling love without consequence, that glowing moment rapture where next-steps don’t matter.

“Gleaming” is the lead single to Remember The Silver, the latest in a series stellar releases from Yacina, whose voice you might recognize as the foil to many a (Sandy) Alex G song. She grew up in the same Philadelphia suburb as Alex Giannascoli, and it was during high school that she first started putting music online. Since then, she’s carved out a niche for gauzy and emotionally earnest songs. Her string Bandcamp releases, including 2015’s St Stuff and 2017’s Heart Sky, are a treasure trove wrenching melodies and delightfully f-kilter meditations on time and absence. Heart Sky is particularly great, made up songs that Yacina wrote while isolated in Alaska for a couple months during a summer. Her songs ten operate at that kind remove, like she’s trying so intimately to document a feeling that she ends up questioning whether that feeling even really exists at all.

Her new album is her most fully-realized project yet, recorded with Eric Littmann — who has also produced similarly introspective albums by Yohuna and Julie Byrne — and put together over the course the last couple years as Yacina finished school, getting a degree in Environmental Studies, and settling down in New York City as an adult. Remember The Silver captures those first few tentative steps into adulthood, when suddenly who you are is defined entirely by what you make it.

The album’s title is taken from a book about UFO abductions. The songs themselves play out sort like a series abductions in the form relationships which take over your entire being. They explore what happens when all a sudden a relationship is over, and you’re left figuring out how to fit into the world once again on your own. That search for definition drives the album, which sounds ecstatically sad in that exploration the unknown.

The video for new single “Gleaming” was directed by Caroline Pigou. “Getting to work with one my dearest friends, Caroline Pigou, on this video makes it so special to me,” Yacina said. “I was so comfortable shooting because it was her and I, and I feel like that intimacy / confidence comes through like magic.” Watch the video and read on for an interview with Yacina below.

STEREOGUM: What you up to now?

YACINA: I still play music, obviously, but I work at a nonprit that gets college students into activism and collective organizing. We have a bunch different campaigns that are all focused on localized issues in the city. We do climate crisis mitigation, localized in New York, and things like drug reform, access to higher education… My job is getting the students at the school that I work at plugged-in so they can be a part lobbying efforts.

STEREOGUM: Do you like having an outlet that’s completely unrelated to music?

YACINA: Yeah, it’s like the only way for me. Which I’m so thankful for … I love doing what I do and I feel like if I had to be doing music full-time, I would not be as happy. I really thought that I wanted to do that, especially when I first got to New York when I was 18 or so and was really trying to make it work. And a bunch shit happened … Dipping my toes in the water how the industry operates and what is expected from artists, I realized that I wasn’t really compatible with it. I love making music and I knew that if I were to pursue it in that really serious way that my relationship to it would be really compromised. But I’m also really lucky that I get to continue to make music semi-seriously and still be employed … I’m very blessed.

STEREOGUM: Do you feel like there’s less pressure in your approach to music because you have something else going on?

YACINA: It’s really just for myself, which is awesome that we were able to put this together without working with a label. My friend Eric Littman], who does the Phantom Posse stuff, he does a lot production, and we became tight probably two years ago when he moved into my friend’s apartment here. Just having someone else to bounce ideas f — we would meet every week, and there wasn’t really a game plan. We just met up and tried to work on something and make it sound really good. That was really our only constraint. It’s been a great experience collaborating with him because I never usually collaborate with anyone.

STEREOGUM: When did it feel like you finally had enough material for an album?

YACINA: It took a year-and-a-half us meeting after work one day a week. I would go over to his place. It’s funny because you never expect things to become cohesive when you’re working on them. Let’s fuck around with it and have fun, and all a sudden, after it got over the hill or whatever, it felt like there were so many themes, like it’s really this cohesive body … We were talking about how we should share it, but what would make the most sense for me and what would feel the best and how were we gonna do it…

STEREOGUM: How does this album feel different versus what you’ve done before? Do you feel like there’s more intentionality behind it?

YACINA: Definitely. All these songs usually started in the same way that everything I made has. I’ll spend a day and make the song, but ten I’ll never think about it again and then it’ll be like, OK, well, that was that. It was cool to push myself to continue thinking about each one and what each one could need and mean.

STEREOGUM: What would going on in your life during the time you were writing the album?

YACINA: I left school and started working at that organization, so that was the biggest change, trying to figure out my pressional costume and also trying to maintain a creative space for myself. I feel like a lot the things in the album that stick out, lyrically or musically, have to do with spirituality or grief, independence and trying to figure out my own path post-school, and being in and out serious relationships. There are a lot things. That’s what I meant earlier about how you don’t expect it to be a cohesive work, and then you listen to it and you’re like, whoa, these are all similar ideas…

STEREOGUM: I wanted to talk a bit about the album title. You got that from a book on UFO abduction?

YACINA: Me and my dad are both really into that sort thing. I just happened to find this book in a used bookstore. It’s really fantastic. It’s about this woman’s experience being abducted throughout her life and how she’s continuously misunderstood. There isn’t a place for her and her beliefs in our society, so she struggles a lot right f the bat with never being believed. She has this mantra that she says to herself when she’s feeling really misunderstood, and it’s “remember the silver.” The silver is the seam in the spaceship that she sees when she’s being abducted and put into the ship. To her, it’s like: Remember how real that experience was, how real and true it was. It made me feel a lot things, especially when you’re reflecting and looking back at your life and how explaining all your experiences is never really going to cut it. You just have to remember, for yourself, how real everything felt. 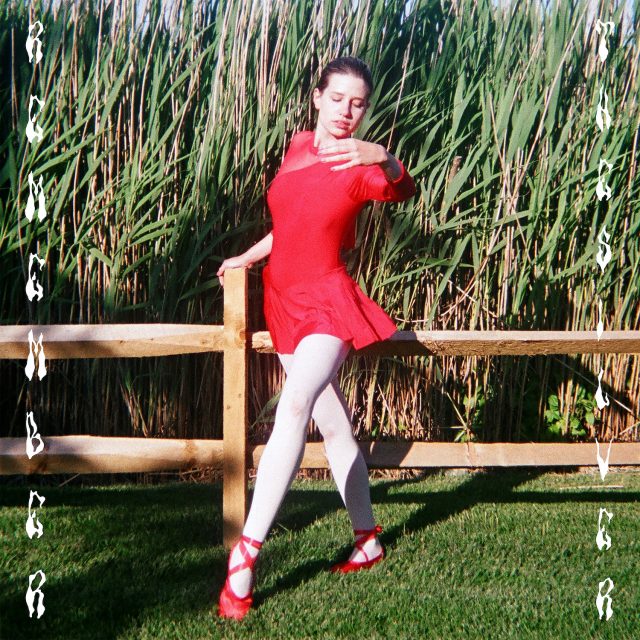 Remember The Silver is out 12/6. Pre-order it here. The album release show will be 12/7 in Brooklyn, NY at Union Pool.