Houston, TX – The social media era has created an almost exaggerated sense of entitlement. Up and coming artists are now able to reach out and (virtually) touch executives on a whim. However, it’s hard not to entertain their optimism — especially when so many randomly viral moments have resulted in lucrative careers.

Still, there’s something to be said for the hunger and drive it took to break into the industry in a pre-social media-driven landscape. Rappers think they have the drive, but how far would they go?

It’s this idea that makes the story of New Jersey MC Q45 so fascinating.

“I took a long hiatus from rap,” he tells hitmusic while discussing his new LP No Black Men Were Killed While Making This Album.

Q45 walked away from music over a decade ago after realizing it wasn’t going to work out for him the way he imagined. He got into finance and now owns a successful wealth management firm in Houston, Texas.

But, the Atlantic City native didn’t come to that decision lightly. At his height, he seemed to be on his way following possibly one of the more gutsy stunts of his day: sleeping outside of JAY-Z‘s Def Jam office for 38 days back in 2006.

“I slept outside of Hov’s office Monday through Friday, handing out mixtapes and newspaper articles,” he says. “I would go home over the weekend, record a whole new mixtape and be back on Monday.”

Unfortunately, it didn’t go the way he had hoped.

“[Jay] was like, ‘If I sign you, someone will be sleeping outside my office for the rest of my life,'” he recalls.

Randomly, Rampage The Last Boy Scout got a whiff of Q45’s story and signed him to his DeepFreeze Entertainment imprint. However, nothing materialized from the situation. 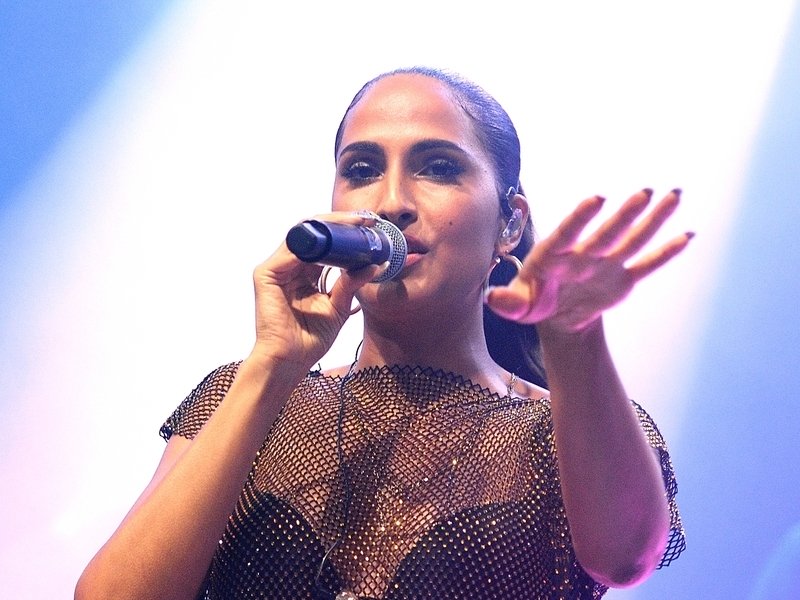 “I did tracks with Trey Songz, Freeway, Angie Martinez, Nokio from Dru Hill and some others … but, they never popped off,” he says.

Another situation that earned Q a little buzz was a disagreement with The Game. He alleged that the Compton MC jacked his concept on “The Documentary” off of his debut album.

He’s since grown his business and now manages tens of millions of dollars for clients, both large and small — which is why you won’t find many pictures or videos from his music days. He’s taken great care to control his image. But being a true artist, the allure of music was too strong to ignore.

“Rap has been itching at me … I wanted to create something different: good music without all the guns, drugs and murder shit,” he explains. No Black Men Were Killed While Making This Album is a carefully curated, lyrically refined listen that includes guest verses from the likes Mickey Factz, battle rap powerhouse Loaded Lux and Joe Budden.

“It’s an old verse we did together before he retired,” he clarifies of Budden’s appearance. “I’ve been sitting on it.”

While the album is impressive, he notes he isn’t doing it for any other reason than to create — and has no plans to walk away from his business to pursue music.

“The older I get and the nicer my REAL life is, the wacker that fake shit is … this album is 100 percent authenticity,” he says. “Not one exaggeration or lie in the whole album. If it’s said, it’s word to God. I wanna show people you can make good music without sending out messages of destruction.”

He adds, “No black men die in my album — and that’s something that makes me proud.”

Listen to Q45’s No Black Men Were Killed While Making This Album below.