Lil Wayne Has A Favorite Rapper In 2020 Lil Wayne has famously been uninformed about the new generation of rappers, but one artist has made it onto his radar. During an appearance on Sneaker Shopping With Complex, Weezy casually referred to Lil Baby as his “favorite artist.”

“On The Breakfast Club, I saw my favorite artist Lil Baby with the BAPE/Coach collaboration jacket,” he said. “And I was like, ‘Is that a Coach? Wifey was like, ‘Bathing Ape collabed with Coach?’ She’s into that, so she’s like Coach is pretty such and such and such … So, they doing things. Shout out to Bathing Ape.”

.@LilTunechi has always loved @BAPEOFFICIAL. This particular @VibeMagazine cover flips for over $1k on eBay. He also named @lilbaby4PF his favorite rapper 😳

For more from “Sneaker Shopping,” hit the link below

Wayne’s admiration for Baby isn’t a surprise since the two have collaborated a few times in 2020. Weezy and his new favorite linked up in January on the Funeral album cut “I Do It,” which also featured Big Sean. Lil Tunechi then returned the favor, appearing on Baby’s song “Forever” off February’s My Turn LP.

Still, Wayne’s willingness to actually say Baby’s name is a far cry from an October 2019 interview in which he declared didn’t listen to any Hip Hop artists except himself and Tech N9ne.

“I listen to music that’s not Hip Hop all the time because I don’t listen to no other Hip Hop than my damn self,” Weezy said on The Bumbu Room video series before giving a shoutout to Tech.

The Young Money rapper previously confirmed how little attention he’s paying to newer Hip Hop artists in a 2016 interview with the New York Times. When asked if artists such as 21 Savage, Kodak Black, Lil Uzi Vert and Lil Yachty were inspiring him, Wayne revealed he had no clue who they were.

“I swear to God I didn’t know you were saying people’s names just now, so that should probably answer that question,” he noted. “I just do my own thing.” 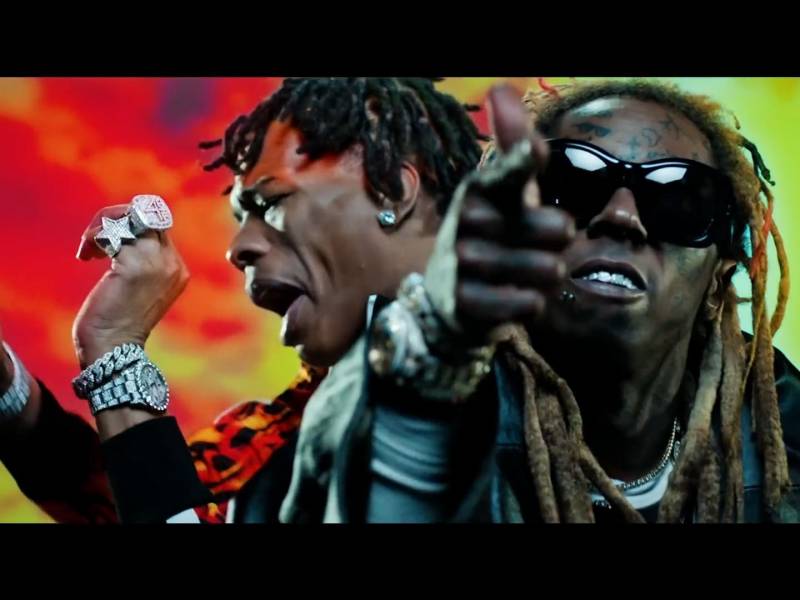